Near Kiev, the father and son robbed a gas station 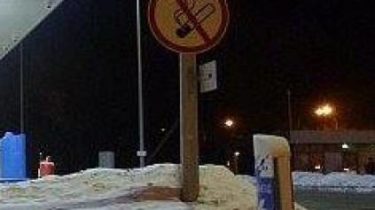 In Borodyanka man with minor son, robbed a petrol station.

This was reported in the GU of the National police in the Kiev region.

“The attackers arrived by car to the petrol station in the dark. While the operator of the petrol station came out to refuel the car, the man entered the premises and stole from the cash register nearly 20 thousand hryvnias”, – is spoken in the message.

According to the gas-station attendant, he noticed the robber and called the police.

Militiamen detained the attackers in hot pursuit. They were residents of the neighboring village – a 43-year-old father, who worked at this station, and his 17-year-old son.

Now the guy faces up to eight years in prison, his father will be punished for the organization of theft and for the fact that persuaded your child to commit a crime.

We will remind, in Kiev at the gas station unknown beat the driver and made off. Surveillance cameras recorded the moment of the attack.