In Kiev, the student slipped and fell under the wheels of a van 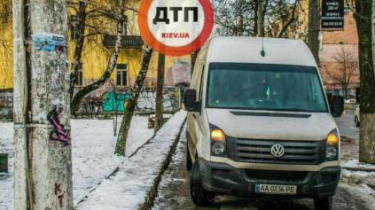 Near one of the capital’s schools minibus ran over a student, according to dtp.kiev.ua. The incident occurred on the street. Riflemen near the school №138.

According to police, the boy walked along the parapet, when he overtook a cargo minibus Volkswagen, driving up food in school cafeteria and move down the pedestrian alley. Suddenly the child slipped and fell directly under the wheels.

The bus ran over the student on the leg. A child in a state of shock hospitalized in Hospital with the preliminary diagnosis – a fracture of the left foot.

At the place of work investigators and the police. According to the driver, another opportunity to come to school there and he went, as always.

A terrible accident near Kiev killed a man and smashed cars

We will remind, in dnepropetrovshchina ten year old boy found a gun and accidentally shot him in his two year old sister. Parents left children to grandfather, and he went to the market. The girl was dead.