During the year the fat in Ukraine has risen in price almost twice. Experts said the reasons 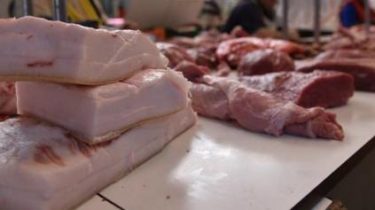 Ukraine continues to lead the ranking of growth of prices on food among European countries. And the most expensive fat. This year its value has increased almost twice. In January fat, the average cost is 40 UAH per kilogram. Now – 70 UAH. In Kiev, at the Zhitny market, a kilogram of fat with meat cut there for 200-250 UAH.

The main reason for rising prices – the reduction of the pig stock. Manufacturers and officials have explained – hogs decimated the African plague. She had to destroy 650 thousand heads. Therefore, rose fat and meat. This is stated in the plot program “snidanok z “1+1”.

Videopoem in Ukraine significantly increased the price of bacon

In neighbouring countries, where too, love bacon, the prices are even higher.

“For example, a kilogram of fat in Belarus will cost 3 dollars (more than 80 UAH). 3,10-3,15 dollar – pounds of fat in Poland. When the SSSU displays a price of 68 UAH, he takes the average price in Ukraine”, – says the Executive Director of the Economic discussion club Oleg Pendzin.

Experts predict that if the price of Ukrainian bacon will exceed Belarusian and Polish, it will have the imported product.

Note that according to state statistics, in Ukraine today there are just over two million cows is 2% less than on December 1 last year. And pigs remained six and a half million. Last year there were 8% more. But the number of sheep, goats and poultry, on the contrary, increased.