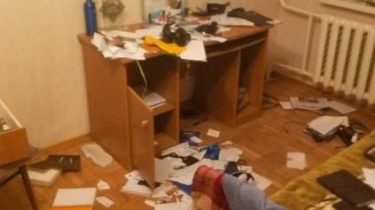 In Kiev robbed the apartment of the famous of the volunteer head of the Centre for support aeorospace Mary Berlin.

“Took my work laptop, tablet, passport, some cash… Tablets, which were intended for the front,” wrote Berlin.

A moment’s peace. Urbalis to my house and robbed. Took my work laptop, tablet, passport, some GOTV…

“To drones is not reached, see hurry. Or just don’t understand contemporary trends. I was out literally 4 hours”, she said.

We will remind, earlier in Bila Tserkva in the Kyiv region unknown persons broke into a jewelry store and killed the guard. The attacker shot a man and another wounded, but did not steal the jewelry.