Saakashvili was taken to the Pechersk court 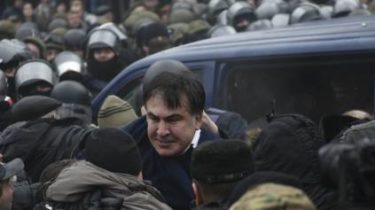 The leader of the party “Movement new forces,” Mikheil Saakashvili is located in the Pechersk court of Kyiv.

In court the former head of the Odessa regional state administration shall elect a measure of restraint.

Earlier, Saakashvili’s supporters gathered outside the jail where he was to make impossible its removal to court.

Earlier in the SBU said that it had carried out the detention of a former official in the framework of criminal proceedings opened under part 1 of article 256 of the Criminal code of Ukraine (promotion of members of criminal organizations). The sanction of article provides imprisonment for the term from three to five years.