Saakashvili’s lawyer argues that his client uses only water 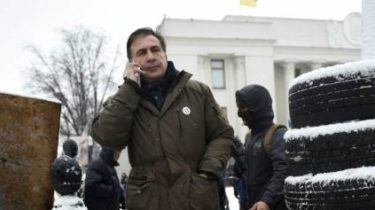 The lawyer of the detainee, on 8 December the leader of the “Movement of new forces” Mikheil Saakashvili Ruslan Chernolutsky said that his client is indeed on a hunger strike and consumes only water.

About it writes “Apostrophe”.

The lawyer said that on December 11 detainee policy was able to transfer personal belongings and books. He added that Saakashvili feels fine, though, and went on hunger strike.

Videonarezkoy the arrest of Saakashvili and the pressure on fighters: the events that angered foreign partners

“He drinks only water, no infant formula does not drink”, – assured Chernolutsky.

Recall that in Kiev held a March in favour of a bill of impeachment, which was conducted by supporters of Mikheil Saakashvili. Protesters who took to the streets of the capital, demanded the release of the party leader “Movement new forces,” Mikheil Saakashvili and urged the President of Ukraine Petro Poroshenko and Russia’s Prosecutor General Yury Lutsenko to resign.

Saakashvili himself is now in prison in the Askold lanewhere he was taken after arrest by the police late in the evening of 8 December.