Russian MP was embarrassing, confusing the German Parliament with the city 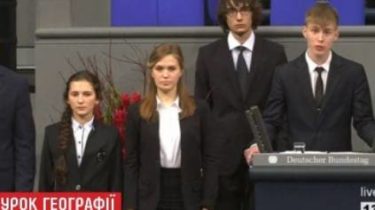 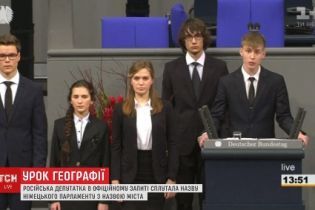 The Russian MP did not know what the name of the German Parliament and boldly dubbed the Bundestag city. This is stated in the story TSN.Night.

All this in an official document, which fell into the hands of journalists. Elena Kukushkina from the Communist party makes the laws for the Yamalo-Nenets Autonomous district. Her angered speech student of Novy Urengoy in the Bundestag, dared to say that not all German soldiers wanted to fight in world war II.

Ms. Kukushkina immediately wrote a request to the local Department of education, twice mentioning in this “city of the Bundestag”.

The FSB is looking for “Ukrainian trace” in the case of the Russian student, who spoke in the Bundestag

We will remind, the student of Novy Urengoy together with other Russian and German students made in the Bundestag on 19 November – the day Germany celebrates the Day of mourning in memory of the victims of war and state violence. Nicholas Desyatnichenko told about a German soldier who was captured and died in prison, and his family learned about it only in 2016. Desyatnichenko in his speech said that he visited the graves of German soldiers in the Chelyabinsk region and “saw the graves of the innocent dead people, including many who wanted to live peacefully and did not want to fight.” Then a schoolboy in Russia, accused of “justification of Nazism”.