Transgender from USA gave birth to the child “without sex” 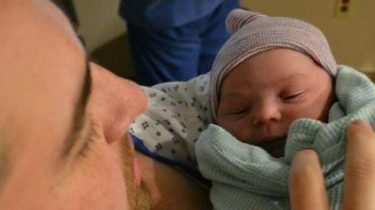 30-year-old transgender Kacha Sullivan of the USA in the fourth year of therapy, the transformation from woman to man birth to a child “without gender.” This is stated on The Mirror.

To get pregnant the man managed while interruption of hormonal therapy from the 27-year-old partner Steven.

Child called Phoenix and said that he is gender neutral until informed age. Parents want the kid himself has determined their gender.

Third floor: MPs shared concerns about the prospects of transgender persons in Ukraine

“The moment when the child was born and cried for the first time was just incredible! It’s amazing to know that you gave life to another little person,” said Kacha.

As noted, the transgender person already has a son from his first marriage. Then Kachi was a woman.

We will remind, earlier it was reported that in Germany officially recognized the third gender. There are about 80 thousand intersex people.