Bitcoin bubble or a good investment? – The Guardian 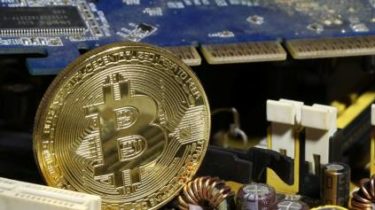 The phenomenon of bitcoin continue to learn. Some economists are trying to explain what a cryptocurrency is a bubble in the market. Others defend opinions about the coming new reality, so financiers should pay more attention to the new investment instruments.

Alicia Cameron and Kelly Trinh from the State Association scientific and applied research Australia also raised the issue of bitcoin. According to their calculations, according to the Guardian, the value of bitcoin has fallen, but they see preconditions for the further rise in price.

“Bitcoin “speculative mania”, according to the head of the Central Bank of Australia. But not so easy to say that bitcoin is a bubble. We still don’t know how to evaluate.

Today its cost is rising (over the last three months to 18 thousand dollars), probably too quickly, but that may not always continue. The market of bitcoins is gaining momentum as the investment and monetary level. And he can still grow.

A bubble is when the price of the asset does not depend on its “key factors”, investors evaluate the asset to determine its value. It can be money that is transformed from reserves in the future, cash flow of the company, the state of the economy or even the rent for the property. But bitcoin does not calculate profits (from stocks) or rent (from property) and is not tied to the national economy. It’s one of the reasons why it is difficult to say about its value.

In search of the main factors someone suggests that we should consider the level of security of bitcoins on the market (which are governed by their own technology), on the number of transactions of bitcoin on the market, and even the energy spent by its miners (for each successful transaction, the system awards the bitcoin miner).

The cost does not depend on the main factors

If we look closely, we will see how the value of bitcoin does not depend on major factors. For example, to be a miner becomes less profitable, especially when energy costs increase. On a certain level the price should exceed the price of bitcoin, which makes this e-currency system less valuable for mining and investment.

Bitcoin is the most famous cryptocurrency, but it loses its position in the market among others, such as ether and litecoin. Bitcoin now is 59.4% of the cryptocurrency market in the world, and in early 2016, his figure was much higher – of 91.3%. Many other cryptocurrencies bitcoin more functional, for example, air or a more efficient and easy to use cryptocurrency litecoin.

Public policy, such as taxation or the creation of a national digital currency, also can make bitcoin more risky or less costly to Minna, transactions, and storage of cryptanalytic. Ban China, the initial supply of coins of this year have reduced the cost of bitcoin at 20% for 24 hours.

Without these major factors, the price of bitcoin becomes more speculative. Some people just buy and hold bitcoin with the hope that the price will rise (the so-called foolish a large investment). Of course, limitations in the total number (21 million) of bitcoins that can exist, makes the currency inherently deflationary – the value of the currency relative to goods and services will continue to grow even without speculation, and therefore it holds people back their spending.

Many large investors, including banks and hedge funds still do not buy the bitcoin on the market. Instability and lack of regulation of the currency are the reasons that deter these investors to such a step.

We are now developing new financial products such as futures, which may reduce the risk of storing bitcoin and it will allow these institutional investors to buy them. Futures of bitcoin – where people can bet on the future price of the stock or markets – can also work against the bitcoin. It is same that the players make bets on horse racing, but do not buy the horse. Investors can buy and sell the futures contract, while not buying bitcoin (some deals are paid in cash, not bitcoin). All this can reduce the relevance of cryptocurrency and thus reduce the demand for it.

Although a quick investment encourage some people to obtain mortgages for the purchase of such crypto-currencies, the banks do not provide loans for this purpose because its market is too unstable. But not only with the financial side of the market, bitcoin needs to expand. The expansion of infrastructure to support bitcoin in the wider economy should increase demand.

ATMs for bitcoins are established in many countries. Already many companies use this cryptocurrency for payment. This means that, even if speculation will end, bitcoin will still be used for the purchase and sale of goods and services.

And although the discussions are still ongoing regarding the main factors shaping the price of bitcoin when we are talking about the volume of transactions through the electronic network, there are many opportunities for growth of the cryptocurrency in price. People for a long time called the bitcoin bubble, even called in 2013, when he was worth $ 35.

In the end, this is uncharted territory. We still don’t know how to evaluate the currency and what will happen to her later. The historical examples you can take and not to take into account. However, we do know that technology use most cryptocurrencies allows new models of determining the cost pass through secure global electronic network, and this in turn leads to unrest and nervousness of the user. Investors should be cautious”.