Lutsenko called Oleksiy Pukach, the last witness who could identify the customer of murder Gongadze 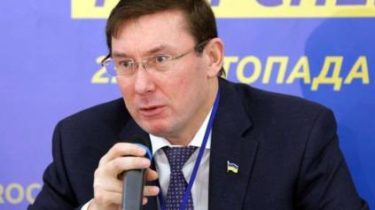 Convicted of the murder of journalist Georgy Gongadze, the former chief of Department of external surveillance of MIA of Ukraine Oleksiy Pukach gives testimony regarding customers of this crime that really complicates the investigation to establish who ordered the murder, said the Prosecutor General of Ukraine Yuriy Lutsenko.

He stated on the ZIK TV channel, answering a question about whether or not called law enforcement, the assassination of the journalist, the Prosecutor General said: “I don’t know, can’t say.”

Video settings the Gongadze case is evidence that not everyone will like.

In this Lutsenko noted: “Now we know a lot of things, but the key witnesses were dead, one living, General Pukach, unfortunately, in spite of all, and my attempts, even if possible, to mitigate its most severe punishment, gives the appropriate indications.”