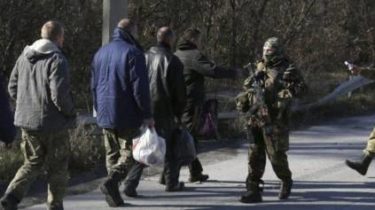 The exchange of hostages between Kiev and self-proclaimed “DNR” and “LNR” must be held before December 25, the final lists will be approved by December 20.

About the newspaper “Izvestia” with reference to sources in the contact group and in the Russian diplomatic circles.

“While we are talking about 74 and 306 of Ukrainian prisoners of war – Donbass”, – stated in the material.

As explained by the publication two sources in the Russian diplomatic circles, Moscow as a whole positively estimates the prospects of this process after talks in Vienna of foreign Ministers of Russia and Ukraine Sergey Lavrov and Paul klimkina.

Videotechnology contact group was able to negotiate the exchange of prisoners

But, as writes the edition, it remains unclear situation with about three dozen people, which the representatives of Kiev, do not want to return to Donetsk and Lugansk. According to a source publication, the Ukrainian side has “made a constructive proposal”, how to resolve the dispute.