In Simferopol urgently transported from jail to the intensive care unit resident, who was detained along with Veggie porridge 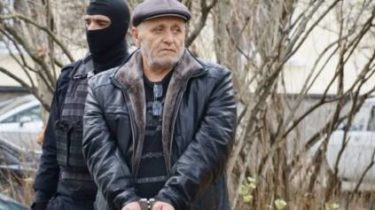 In Simferopol, the invaders brought to the intensive care unit of the Crimean Tatar activist Bekir degermendzhi. The man was detained in November along with Veggie the porridge, which was a symbol of the Crimean Tatar national movement, and then 82-year-old woman died, according to a story TSN.19:30.

Degermendzhi brought in 7-th hospital of Simferopol unconscious night. His wife recounts a short conversation with the doctor, which she managed to achieve considerable effort. “I know what condition it is extremely heavy, but still stable due to the fact that he is on artificial lung ventilation lung ventilation in an anesthetized sleep. The doctor’s reassuring that when she tried to speak, he opened and closed his eyes,” said aliyah degermendzhi.

A 57-year-old man with chronic asthma. The FSB accused him of extorting money from a citizen of Turkey and placed in jail, and in jail health reported sharply deteriorated. A week ago during a court Bekir was really bad, but the security forces are not allowed to transfer the prisoner to the hospital, so last night had to be urgently delivered in resuscitation. “Consider today’s actions of the government, individual officials, primarily judges, who made the decision, the investigator who requested the arrest as an attack on human life. Knowing about the condition, to be a very different decision,” – says the Deputy Chairman of Mejlis Nariman.

Afraid of even the dead: the funeral of Veggie porridge in the Crimea invaders caught up with dozens of paddy wagons

Near chamber of Crimean Tatar are on duty security officers, but his wife and family to him is not allowed. The lawyer continues to seek the release degermendzhi from custody. “Filed a petition to the investigator to change the measure of restraint in connection with sharp deterioration of health”, – said the lawyer Eden Semelai.