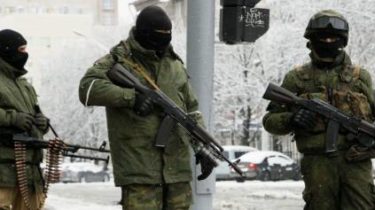 For the last day, 15 Dec, fighters 8 times broke the truce, none of the fighters APU did not suffer. This reports the press center of staff ATO.

“The situation for the past day, the ATO area is characterized by a reduction in the number of attacks. Despite the significant reduction of armed provocations, and full compliance with the ceasefire there. Insurgents in some parts of the contact line continues to violate the Minsk agreements, using the forbidden mortars,” – said in a statement.

Thus, according to the staff, at the direction of Lugansk recorded two cases of violations of the truce. In the evening the enemy for more than two hours from a 120-mm mortars, grenade launchers and machine guns fired on fortifications around the Trinity, firing a total of about four dozen min.

#Topad #Foresnic #Donbas #spokesperson #statement the Construction of the Press center of staff ATO for the December 15, 2017…

Posted by the Press center of staff ATO on Friday, December 15, 2017

Also from grenade launchers and small arms fired at the enemy defenders of zhovto.

In Donetsk direction during the first half of the day the occupants of 82-mm mortars fired near Experienced.

In the evening the aggressor fired three shots from mortars caliber 82 mm at the defenders of Marinka.