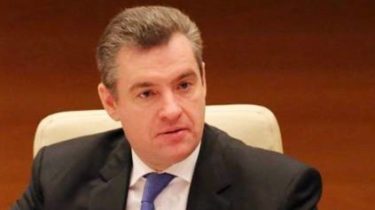 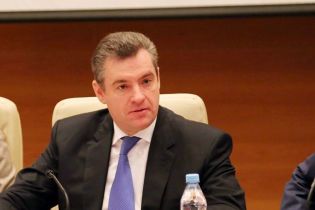 The delegation from Russia in the parliamentary Assembly of the Council of Europe, head of the international Affairs Committee Leonid Slutsky, was asked to leave the meeting of the Subcommittee.

This was announced on his page in Facebook the people’s Deputy, member of the Ukrainian delegation to PACE Alexey Goncharenko.

“Reacting to speeches by the Ukrainian delegates, in particular to a direct question Elena Centurion on the grounds of the finding at a meeting Leonid Slutsky, Chairman of the Political Committee of the PACE Morgen Jensen asked Mr. Slutsky to leave the meeting of the Subcommittee,” he wrote.

According to Goncharenko, Slutsky was not invited to the meeting.

“We with another delegate from the Ukraine Elena Sotnik raised the issue of the inadmissibility of communication with people who are under sanctions, even at the level of the Subcommittee,” – said the MP.

Recall that on 14 December in Paris, held a meeting of the PACE presidential Committee. Winter session of PACE held in Strasbourg from 22 to 26 January 2018.

Earlier it was reported that the parliamentary Assembly of the Council of Europe is unable to raise the issue of lifting sanctions against Russia and restoration of participation of the Russian delegation to the Assembly. The initiators of the proposal were Italy and the Netherlands.

However, the majority of PACE delegates oppose the return of the Russian delegation. The corresponding decree has been signed by representatives of 16 countries, in particular heads of delegation.