On the hood of a Mercedes: both sides of the conflict talked about resonant events on the Kyiv pavement 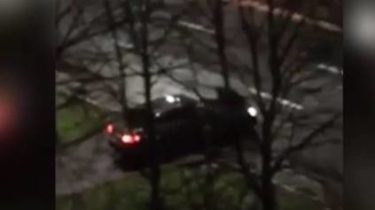 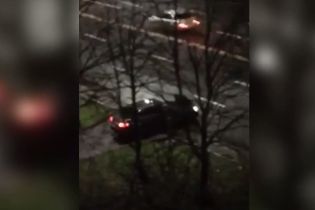 In Kiev, the men of Caucasian appearance at Mercedes was hit on the sidewalk and was driven on the hood of a 20-year-old boy. The victim says it all started after he made comments for driving in a pedestrian area, says the story TSN.19:30.

“In the back drove the car, started honking the horn, lights flashing, to give gas here on a pedestrian sidewalk, I turned around shrugged. I didn’t want to run on dirt to give to drive the car on the sidewalk,” explained Yaroslav. After that, from a luxury car the driver jumped out, and then the passenger. “Began to push and hit me in the chest. I got a gas canister used in the face, all was well,” recounted the course of events the victim. But soon the men came to, jumped again and beaten even more. At the same time to Yaroslav ran brother, Rostislav, began to calm the driver, but he suddenly jumped behind the wheel, hit the gas and threw Yaroslav on the hood. “I ran around prospectu and searched his brother’s body. It’s terrible when you think that brother is gone,” admitted Rostislav. “Fingers held as he could, dislocating his finger. I moved out, he stopped and I fell,” – says Yaroslav.

The brothers wrote a statement to the police and pointed out the number of cars and signs of men. Law enforcement agencies have already established the owner of the car, but the wheel was not he, but a nephew. Versions of this side, he wished to steal a car. “Wanted a car to steal. I drove into the Parking lot, went to look, someone took the spray, sprayed, he fell, and he managed to grab him, hit, and they parted” – it looks like the course of events from the people of Mercedes. Law enforcement officers examine evidence on both sides and opened criminal proceedings for hooliganism committed by a group of persons.

As previously reported, the incident occurred the evening of December 14 in Solomenskiy district, Povitroflotskyi Avenue.