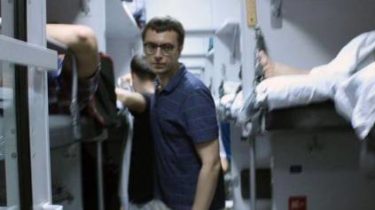 The Minister of infrastructure Vladimir Omelian considers a positive decision of Russian Railways to start passenger and freight trains bypassing Ukraine. According to him, “Ukrzaliznytsya” from almost nothing to lose.

The Minister said at the concluding press conference on Friday, reports “Interfax-Ukraine”.

“In fact, this reduction of the terrorist threat and the minimum of losses of “Ukrzaliznytsya”. This applies only to trains of passenger and freight traffic heading to the South of Russia. The fact that they were allowed to bypass, thank God,” he said.

“Ukrzaliznytsia” will launch a new, nearly 20-hour train between West and East

Omeljan noted that between Ukraine and Russia in recent years has been a substantial change in transit flows.

“If we were talking about the transit East-West, now South-West and South-North. Is our priority” – said the Minister.

We will remind, the Train of the Russian company “Russian Railways” on December 11, 2017 cruising the southern regions of the Russian Federation on a new route bypassing Ukraine. This became possible after commissioning of the new railway line zhuravka-Millerovo. We are talking about 62 paras passenger trains and 30 freight trains.

Highway zhuravka – Millerovo with a length of 137 km became part of the high-speed train running, connecting Central Russia with the black sea coast. The maximum speed for freight trains is 90 km/CH, and passenger to 140 km/hour.