The defense Ministry has drafted a bill on military police 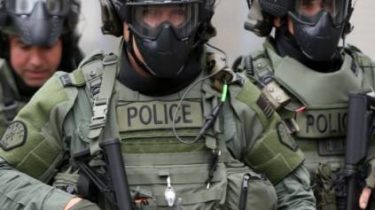 The Ministry of defence proposes to create a military police, whose powers will be wider than that of the military service of law and order. The draft law has been developed.

This was at the briefing said the Deputy head of the organization of security, patrol and investigation Department of the Main Directorate of Military police of the armed forces of Ukraine, Colonel Yuri Khoroshun.

Ministry of defense of Ukraine: the situation in the Donbas is a threat to the Western world

Of Khoroshun said that the draft law is under consideration in the presidential Administration. In MOU we hope that in the near future it will be considered by the Verkhovna Rada.