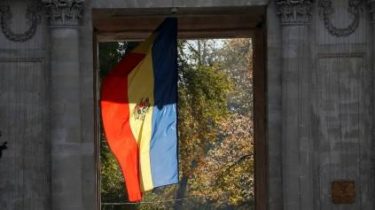 The Parliament of Moldova ratified the agreement on the procedure of identification and return of persons who are illegally in the territories of the countries, with Ukraine.

This was announced on his page in Facebook the head of the State migration service of Ukraine Maxim Sokoluk.

“The Parliament of the Republic of Moldova ratified in October 2017 with Ukraine a readmission Agreement”, – he wrote, noting that he signed an agreement with the interior Minister of Moldova Alexander Izdana.

As explained, Sokoluk, the document sets out the principles and norms regulating the procedure of readmission of persons staying on the territory of the two States and violated the regime of entry/exit, and the periods of these citizens in Moldova and Ukraine.

We will remind, earlier Verkhovna Rada of Ukraine ratified the Agreement between Ukraine and the European police office on operational and strategic cooperation.

Thanks to the agreement, Ukraine and Europe will be able to significantly expand the format of cooperation and exchange of operational information in the course of criminal proceedings, to participate in joint activities to investigate a much broader range of crimes, to establish the whereabouts of the persons involved in the Commission of crimes, participate in the analysis of operational information, as well as the creation of an international joint investigation teams.

Subsequently, the agreement was signed by the President of Ukraine Petro Poroshenko.