In Paris Santa Claus helped to detain the driver-the violator 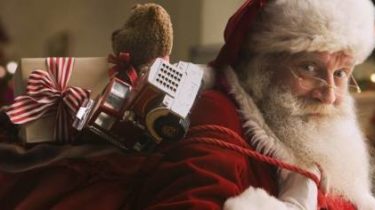 In Paris Santa Claus on a motorcycle helped to detain the driver who has brought down the pedestrian in the crosswalk.

The video shows the man in a Santa suit riding down the street and shoots video, as here, the lens gets an accident on the crossing – car hits a guy and, without stopping, goes further. Santa is pursued by the car a few times stops it, but the driver’s running again.

After several unsuccessful attempts to stop a car, in traffic on the road the motorcyclist is catching up with police officers on motorcycles, explains the situation to them and those detain the offender. The driver was a girl.

The detention took place in Paris, near the Madeleine Church.

Santa was a well-known blogger Chris RS, who often takes his walks. This video “walking Santa” got 1.9 million hits.

The invasion of Santa Claus: the Spaniards swept Madrid in fancy dress

We will remind that earlier a hundred and fifty Santas from around the world gathered in Denmark to a traditional meeting. Doing this annually for over half a century.

During the meeting the fabulous grandparents offer a good rest, to enjoy the Nordic cuisine, and most importantly – to share their experiences.