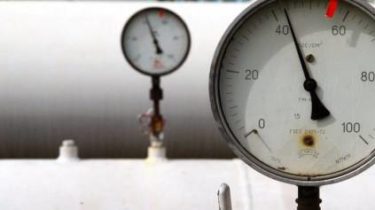 For all volumes of gas that Gazprom supplies to the illegally occupied territory of Luhansk and Donetsk regions, “Naftogaz of Ukraine” should not pay. This is stated in the decision of the Stockholm arbitration.

“The Stockholm arbitration court pointed out that “Naftogaz” has to pay for volumes of gas that were allegedly delivered on the temporarily occupied territory of Luhansk and Donetsk regions to any other person than the “Naftogaz”. Future deliveries to these areas will not touch the “Naftogaz” to ending the occupation of territories in the East of Ukraine. In any case, such delivery will not be included in the annual contract volumes. If briefly: to whom “Gazprom” gave the gas in ORDO, he shall pay”, – stated in the message “Naftogaz”.

We will remind, “Naftogaz” has won the arbitration against Gazprom’s contract on gas supply for all the controversial issues. The arbitration court fully dismissed the claims of “Gazprom” for the position of “take or pay” in the amount of $ 56 billion over the 2009-2017 years.

The arbitration court nullified the onerous provisions of the contract, bringing them to European market standards.

Naftogaz estimates the total positive effect of arbitral awards in more than 75 billion dollars over the entire term of the contract for the supply of Russian gas.

At the same time, Naftogaz requires to 16 billion dollars in arbitration on transit contract for Russian gas to Europe through Ukraine. A decision is expected on 28 February 2018.