The extent of censorship: China has blocked more than 10 thousand sites in three years 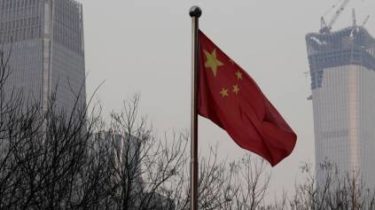 The Chinese authorities have blocked about 13 thousand web sites from the beginning of 2015, for violations of the laws or for other reasons.

Tight control over the Internet intensified after the coming to power of the head of China XI Jinping. Someone said that this campaign aims to fight against freedom of speech and persecution of dissent.

In the US identified Russia and China as rivals: the “revisionists” seeking to undermine the well-being of

Chinese officials, however, say that each country has a certain policy constraints in the Network. The main activities of China in this regard is the maintenance of social stability, national security and non-proliferation of pornographic materials and with excessive violence.

It is noted that with the closure of 13 sites, of about 10 million accounts have been blocked. These accounts were primarily registered in social networks.

However, according to the newspaper, among the Chinese population resistance this policy has not.

“More than 90% of respondents supported the government’s attempts to control the Internet, of which 63.5 per cent believed that in recent years there has been an apparent reduction of harmful content on the Internet”, – stated in the message.

We will remind, the Chairman of the people’s Republic of China XI Jinping in the future can visit Ukraine. The probability of such a visit, according to diplomats, is quite high.