Zakharchenko said about the “pardon” of Ukrainian hostages

The leader of an armed formation “DNR” Alexander Zakharchenko said that he decided to “pardon” Ukrainian hostages, which are going to exchange on December 27, reports “up” with reference to telegram-channel publishing, controlled by the separatists.

“Today I signed a decree to pardon those people who tomorrow will change,” – said Zakharchenko.

And added that according to preliminary arrangements, the procedure for the exchange of prisoners will take place on Wednesday, 27 December at 13:00. Where exactly this happens has not yet been disclosed.

Recall, 27 December the long-awaited exchange of prisoners. According to preliminary agreements, 74 citizens of Ukraine exchanged for 306 of detained terrorists and Russian military personnel. According to Irina Gerashchenko, now the invaders hold more than 160 of our fellow citizens. But for half a year of negotiations, the militants have confirmed the identity of only 97. The rest still have to find.

Videobrain preparing for the exchange of hostages

Tomorrow should be back home 74 Ukrainians who stayed in captivity of militants from several hundred to more than a thousand days. On the exchange of agreed a few months, all this time said lists. Decided that Ukraine takes seven dozen of its own, and for them the militants transmits 306 people. 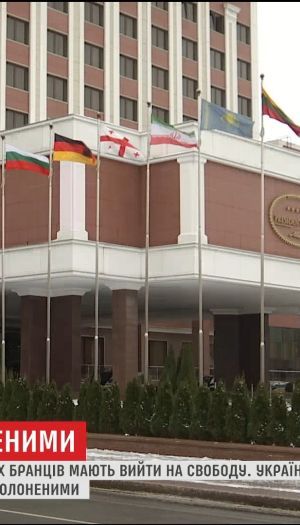