The court Firtash provided a reprieve from extradition to the US 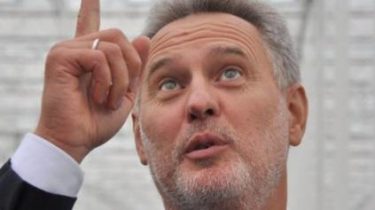 Ukrainian businessman Dmitry Firtash will not be extradited to the United States.

This decision was taken by the Supreme court of Austria. He admitted not without reason Firtash’s appeal to reconsider the erroneous verdict of the court of Appeal, which is contrary to the decision of the court of first instance allowed his extradition to the United States. This claim of the defenders Firtash, writes “Interfax-Ukraine”.

“The Supreme court decided to suspend extradition of Firtash to the consideration of his appeal”, – is spoken in the message of the lawyer of Ukrainian businessman lenny George.Davis company Davis Galper Goldberg PLLC (WA).

We will remind, on February 21 the Austrian court approves the extradition of Firtash to the U.S., which sought the extradition of the businessman for three years. States accused Firtash that he with the help of bribes for a total amount of 18.5 million dollars wanted to get permission to mine titanium in India. Us investigators had found more than a hundred offshore companies. For all Firtash faces 50 years in prison and confiscation of all assets.

Against the businessman is another case – a warrant for the arrest of Firtash gave Spain. There he is suspected of money laundering and participation in an organized criminal group. However, the Austrian court of appeal finally denied Spain’s extradition of Firtash.