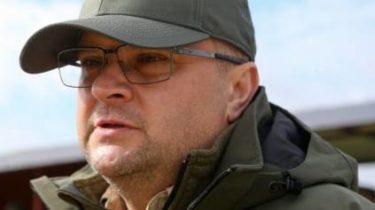 He stated this today, December 27, during a government meeting.

“We are on one of the previous meetings of the government addressed the debt issues at the shipyard “61 Communard” in Nikolaev. I signed the instruction of the government regarding the repayment of debt to the team leader “Ukroboroneksport”. Target date – December 25. Today – 27. The debt is not repaid. I’ve heard feedback that they are unable to do so. I do not understand. Today I will sign a representation to the President and advise the head of “Ukroboronprom” today, to resign,” – said Groisman.

“To work with you more, I will not. The above is not done. Goodbye. Look for another job,” he added.

The head of government is convinced that the new head will find a way to repay the debt to the workers.

“I hope the President will quickly take a decision”, – said Groisman.

We will remind, in November the employees of shipbuilding plant in Nikolaev, which is part of “Ukroboronprom”, blocked the exit to the Odessa route and path in a great neighborhood of the city. Huge traffic jams were the result of three years of arrears of wages for employees.