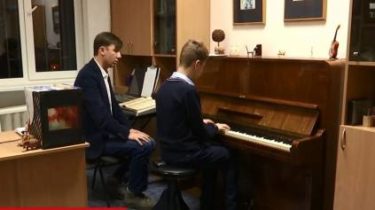 At the music school in Kiev began to professionally teach blind children, because before the music was perceived at the hearing, and to study the theory could not. This requires Braille notes, which in Ukraine do not print, says the story TSN.19:30.

Now the situation is corrected, and talented blind children can fully learn the beloved. Notes Braille required for training theory, without which there would be a professional. Their teacher and Director of the school of music produces itself – a program that translates regular notes notes in Braille, and then fills manually. Specialist says that while other way out of the situation just doesn’t see.

So do the same for 26 years in Kharkov, which is now professionally learn music 120 children with visual impairments. Her pupils visited Kiev with a concert, went on the tour. The applause after the show – a special joy for young musicians. They recognized that music is their only chance to succeed in life. Children are not asking for pity – just help from those whose job would be to help them to use chance at getting a profession.

After school they can pursue a career. Before the children studied in schools with children who see, but only tunes by ear, and learning theory, could not. After all, this requires Braille notes, which in Ukraine has long been out of print. 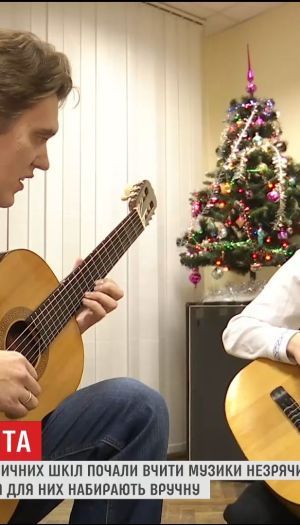