MFA: Ukraine will submit a Memorandum to the UN Tribunal because of a violation of the law of the sea of the Russian Federation 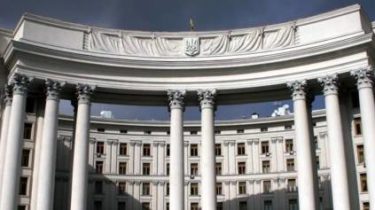 Ukraine in February 2018 will submit a Memorandum to the international Tribunal of the United Nations concerning the violation by Russia of the UN Convention on the law of the sea.

This was stated by Deputy Minister of foreign Affairs of Ukraine Elena zerkal on the air “5 channel”.

“There will be hearings, after which make a decision about the presence or lack of jurisdiction at the arbitration hearing in this case,” – said zerkal.

According to her, the first result may already be in 2019.

After this the hearing on the merits, and it might be 2021, said the Deputy Minister.

We will remind, in the evening of December 19, Kyiv time , the UN General Assembly adopted a resolution on human rights in anacoana Russia to the Crimea. The resolution is aimed at preventing impunity for crimes committed in the occupied Peninsula, explains the foreign Ministry of Ukraine. In particular, condemns the occupation of the Crimea, the illegal imposition of its laws and administration in the Crimea by the Russian Federation, the forcible transfer of the population from Ukrainian to Russian citizenship. The document calls on Russia to immediately stop arrests and discrimination, which previously received messages.