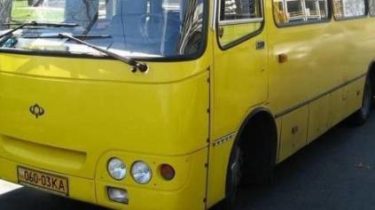 In Kiev, near the metro station “Nivki” unknown headed by the Deputy Igor Lutsenko block taxis of the shipping company “ATN”.

About the MP wrote on his page in Facebook.

Brazen bus driver dropped off a fighter ATO, which suppressed the collision under the Rada

He also broadcast live from the event.

According to Igor Lutsenko, this carrier several times illegally refused to free transportation of children of soldiers killed in action.

“I came to the office, the boss disappeared. Well, have to draw attention to the problem”, – stated in the message.

We will remind, earlier in Novovolynsk bus driver novovolyns’k – Kyiv kicked 17-year-old girl who bought a ticket on the identity of a child from a large family.