Poltorak said, when will begin construction of a munitions plant in Ukraine 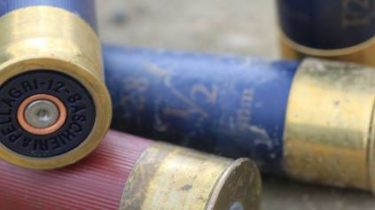 In 2018 year, Ukraine will start the construction of the plant, which will produce ammunition for the Armed forces of Ukraine.

This was stated by Minister of defense Stepan Poltorak on air of TV channel ZIK , writes UKRINFORM.

According to the Minister, the Cabinet has already allocated funds for this project.

“A few months ago we made a decision to allocate UAH 1.4 billion to start construction of a plant for the production of ammunition, especially scarce. Now have enough weapons to APU fulfilled their tasks”, – said the head of the defense Ministry.

The plant would gradually go to the munitions production of the new sample. The plant will provide a continuous supply of ammunition, armed forces of Ukraine”, – assured the Minister.

We will remind: during a meeting of the Council of national security and defence on 10 July the President of Ukraine Petro Poroshenko announced the plans of construction in Ukraine of factory ammunition to NATO standards.

In November the Ministry of economic development and trade clarified that we are talking about the resuscitation of existing and creation of new capacities for the production of ammunition, particularly artillery shells of caliber of 100-155 mm.

In 2014, the Luhansk cartridge factory, which is located in the occupied territory, took control of the terrorist group “LNB”.