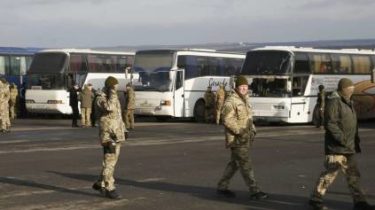 The ex-mayor of Terezka Vladimir Sleptsov decided not to come back controlled by the militants “DNR” in Donetsk region. As eyewitnesses from a place of sharing, the man disappeared into the bus of Ukrainian journalists and returned with them. Then he will serve his sentence in Ukraine.

Sleptsov is charged with involvement in separatist actions in April 2014, when he endured at the meetings of the city Council of the illegal referendum. The suspicion is the former official was awarded in August 2016, he is accused of encroachment on Ukraine’s territorial integrity and participation in a terrorist organization. In December of this year Sleptsov abolished the measure of restraint in form of detention that was needed for exchange.

Today, December 27, in the Donbas ended with exchange of hostages – the first in two years and is currently the biggest. All controlled by Ukrainian government territory returned 74 hostages, 16 Ukrainians were in thrall to “LPR”. From the occupied territory of Donetsk region returned 58 Ukrainians. Ukraine has transferred to Lugansk 73 people instead of 99, and in Donetsk 165 is 207. Authorized the Verkhovna Rada on human rights Valeria Lutkovska reported that 43 people who were supposed to be among the 306 held with the Ukrainian side, has already served a sentence, they were released from custody, so they didn’t come to the exchange.

Ukraine waited more than a year. After lengthy negotiations with fighters from enemy captivity should return home to 74 people. Some of them have already crossed the line of demarcation. Men skinny, emaciated and sick. In General, LC returned 16 Ukrainian soldiers, instead asked just 99 people. 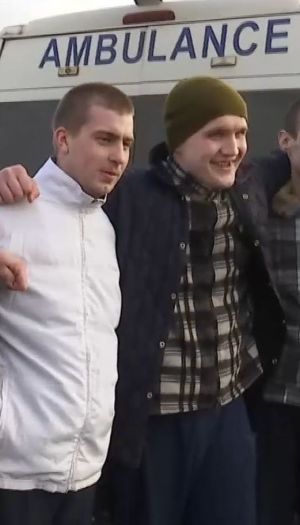