In Kiev there was a bloody attack on a grocery store: the shop assistant suffered multiple injuries 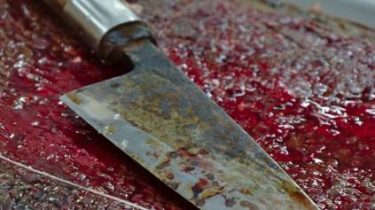 In Kiev, there was a brutal attack at a grocery store on the street in Mukachevo, 5A.

According to preliminary information, the man aged about 40-45 years with a knife attacked a female shop assistant, paid her a large number of punches and knife. The woman fought back, but the back couldn’t give. After the attack, the man took the money and disappeared.

In Kyiv police have detained a crime boss, wanted for assaulting a man

Urgently the woman with multiple injuries was hospitalized in hospital.

I worked at a place is investigative-task force and forensics.

We will remind, today, on November 27, it became known that in Kiev were detained 14-year-old son of people’s Deputy from “Radical party” Oleg Lyashko Igor Popov, who tried to Rob a grocery store. The attack took place in the Obolon district. Two men in balaclavas ran into the room and robbed the store “Holiday”.