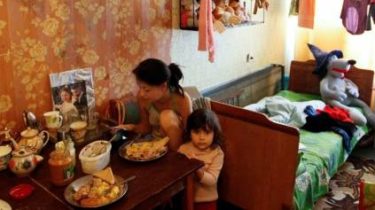 UNICEF called conflict zones around the world where children’s lives become a nightmare in 2017, reports CNN. The list includes the East of Ukraine.

Reportedly, 220 thousand children in the East live under constant threat of mines and other explosive devices left over from the fighting. A separate strip of land on the territory of the conflict is one of the most heavily mined in the world.

UNICEF has named a new CEO

Everywhere children are used as human shields, in Iraq and Syria, maimed, killed, and forced to participate in hostilities. So, in the North-Eastern part of Nigeria and Cameroon militant Islamist group Boko Haram has forced at least 135 children to become suicide bombers.

Also frequent are cases of forced labor of children and coercion of minors to marriage. In particular, such actions observed in Iraq, Syria, Yemen, Nigeria, South Sudan and Myanmar.

A quarter of Ukrainian children became victims of bullying – UNICEF

In other cases, children suffer, and suffer from a lack of food, water and medical care. So, in the Yemen, where during the nearly three-year civil war killed 5,000 children now in need of humanitarian assistance 11 million children. 385 thousand of them are in such a predicament that may die without urgent medical attention. In Afghanistan in the first nine months of 2017 were killed and nearly 700 children.

“We should not be deaf. Such cruelty should not become the new norm,” says Manuel Fontaine, programme Director, UNICEF.

Recall that the UN has said that now the world is experiencing the biggest humanitarian crisis since 1945. “Before the world brought the biggest humanitarian crisis since the UN was founded in 1945, covering more than 20 million people in four countries who are experiencing hunger,” – said the representative of the United Nations.