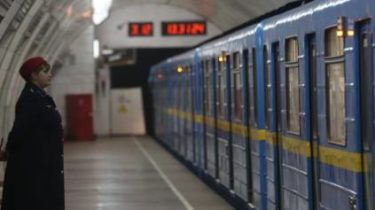 In Kiev subway passengers caught the man who robbed a woman in the train, and handed it to the police. Now he faces another criminal punishment.

The incident occurred on Thursday, December 28, near the station “Minsk”, according to the Metropolitan police.

An attacker in a subway car snatched the woman’s cellphone and ran away. After a few minutes he caught up with the witnesses to the crime and gave the police officers who arrived promptly on the scene.

During a surface inspection of the men, police discovered he had someone else’s cell phone. The detainee admitted that he took it from the passenger subway.

The attacker was a 49-year-old local resident, who previously had problems with the law for committing property crimes and offences connected with drug trafficking.

The police started criminal proceedings under part 1 of article 186 (Robbery) of the Criminal code of Ukraine. The sanction of article provides till four years of imprisonment.