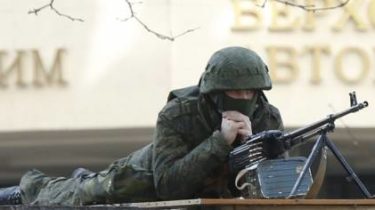 New details of the events of 2014 in Crimea emerged during the trial of cases of high treason, Viktor Yanukovych. Russian invaders in civilian clothes have begun to arrive in Sevastopol at the end of January when the Maidan in Kyiv was in full swing, says the story TSN.19:30.

The commander of the Navy of Ukraine Vice-Admiral Igor Voronchenko was then the Deputy and was responsible for the coast guard. He told how the Russians blocked the military units, and he himself slipped allegedly ordered the surrender of weapons from the Minister of defence of Ukraine, however, the military recognized the fraud. After the so-called referendum officer was kidnapped and persuaded to change, offering money. “I was offered an apartment in Rostov, position in Rostov”, – he told under oath in court.

Videopoker and torture: the Ukrainian military said, as the invaders occupied the Crimea

The first foreigners in civilian clothes appeared in Sevastopol at the end of January 2014. This was evidenced today by the witnesses in court on treason Yanukovych. Entreaties to treason, bribery commonplace and physical torture – as Russian invaders occupied the Crimea. The annexation of the Ukrainian Peninsula mentioned under oath the military who did not betrayed their oath and remained loyal to Ukraine. Deputy Voronchenko Marina Canalul remembers the March, when the headquarters of the Ukrainian Navy in Sevastopol came to the higher ranks of the defense Ministry and urged the Ukrainian military in the legitimacy of Yanukovych. Stormed the same object at the classic for the Russians scheme: first, there was a civil with the children, then the so-called Cossacks, and only behind them the forces of the Russian Federation. “In January and early February in Sevastopol were strangers, very much, they are not from Crimea,” she said.

As the annexation of Crimea changed the mind: the Crimean people hide their faces and are afraid to even neighbors

The commander of the unit in Belbek Yuli Mamchur, is now also the witness in court. He remembered how in vain tried to convince the Russians that near him there are no divisions “Right sector” and other radicals, and also had a conversation with the self-proclaimed mayor of Sevastopol Chaly. The impostor told the Mamchur, that Crimea returned to Russia. When the Ukrainian officer captured, did not hesitate, and physical torture. “Not allowed to sleep for four days,” admitted the military.

The Prosecutor’s office believes that such brash aggression Russia decided after the infamous letter of Yanukovych to Putin. But the defense of Yanukovych claims that he is innocent, and the Crimea did not already hold the post-revolutionary government.