“Mom, I’m Home!”: ultras “Dawn” Ovcharenko called my parents for the first time after the release of “LC” 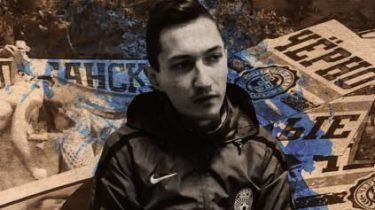 Today, December 27, in the Donbass began the exchange of hostages according to formula 74 of the Ukrainian 306 people.

All were released the first 16 of the Ukrainian hostages. They were brought to the point of exchange of hostages and brought to the logistics center checkpoint “Mallorcan”.

Among the hostages handed over – not only military, but also civilians and, in particular, the ultras of football club “Zarya” Vladislav Ovcharenko and Artem Akhmerov.

Dnia was contacted by the mother of Vladislav Ovcharenko Twisted and learned the details of the exchange.

“I called already and told them the news. He is now with Irina (Ukraine – ed.). He told me then he called. We are still in Lugansk and waited until the latest news. And the son has in Ukraine. Of course he’ll stay, definitely. Here it is nothing to do (in the occupied Lugansk – ed.)”, – said the mother of Ovcharenko.

According to her, they are now trying themselves to learn the details, which will bring her son and then will have to schedule a meeting with him.

Videoroliki hostages are waiting for relatives in Kiev

The fact of the meeting with the President for the people meant one thing – the exchange will take place. Relatives of the prisoners who are about to return, waiting for them in Kiev and Kharkov. 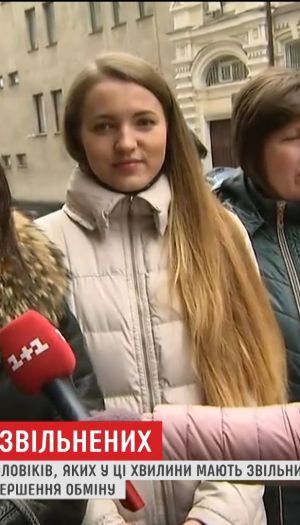 “Of course we want to see. I’d like to hug him. I didn’t touch it for 14 months. Don’t even know will try to make it faster. We haven’t asked where he is right now. Vlad told us on the phone: “Mom, I’m Home!”. We are in touch with him, Yes, it probably Irina gave him my phone number and he called me. I very much hope that before the New year we will see him. Us here is a gift for the New year. It’s just a gift. I am very grateful for your help. So many people helped, it does not pass. It’s like a second birth of a son. We have cried and laughed, I don’t know what’s happening to us. We’re happy just to no memory,” she added.

Note that on 25 October 2017, the so-called “Sud LC” sentenced the member of the fan organization of football club “Zarya” Vladislav Ovcharenko to 17 years in prison “special chamber” mode. Ukrainian accused of espionage in favor of Ukraine because he came to the center of the occupied Lugansk a Ukrainian flag and burned the flag of terrorists “LNR”.

Recall that now the Ukrainian side reports “LC” 99 persons. If all goes well, it will start the exchange with the Donetsk rebels. According to the representative of Ukraine in the humanitarian sub-group of the trilateral contact group on the Donbas Irina Gerashchenko, now the invaders hold more than 160 of our fellow citizens. But for half a year of negotiations, the rebels confirmed only 97. The rest will have to look further.