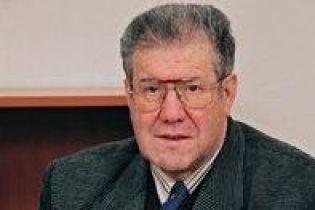 The founder of the prestigious Lyceum of Donetsk Gregory stern denied that he had criticized the actions of Russia and so-called government “DNR”. And the video that was posted allegedly the students themselves, calls “fake.”

“It’s specially assembled to discredit me. Absolutely nothing said. The naked eye can see that it’s all sewn with “white thread”. It is the desire of the Ministry of education and science (referring to the so-called “DNR MES” – ed.) because I spoke openly about the incompetence of the Ministry. This continues for six months. Do everything you can to get rid of me,” said mattes on the phone to TSN.

The teacher said that this is not the first falsification against him, and that it wants to eliminate from College that he directed for 27 years. The words in the video calls out of context. Additionally, the teacher noted that the so-called “special services” its about the video did not bother, and to leave his post or to leave Donetsk is not going to.

Recall, posted online video Stein criticized the leaders of the terrorists and the Russian government.