Presidential top. Poroshenko announced the main event of the year for Ukraine 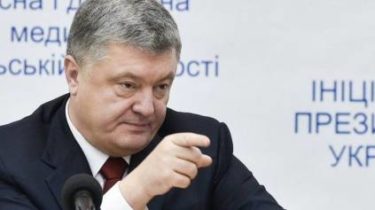 The President of Ukraine Petro Poroshenko during a trip to Odesa region outlined the main events in 2017 Ukraine – the support of the West and its sanctions against aggressive Russia, bezviz with the EU, decentralization, judicial reform, road repair, economic growth and attracting foreign investment.

The Support Of The West

One of the most important is the continued support of Ukraine the European Union and the countries of the world in the struggle for defending the independence, sovereignty and territorial integrity.

“The European Union has shown unity with us and extended sanctions against the Russian Federation, despite the fact that for them it is a tough decision. The decision of solidarity with Ukraine, support Ukraine, support our large 45-million nation for them is a priority because justice and truth with us. And the aggressor must pay a price. And that decision was joined by the USA, Japan, Canada, Australia and a large number of allies around the world,” said Poroshenko.

The President believes the main achievement of the 2017 introduction of the EU visa-free regime for Ukrainians.

“Bezviz when a Ukrainian passport have started to respect. From June 11 to every Ukrainian, who received a biometric passport, not standing in queues, without paying visa fees, not filling a bunch of useless papers, can travel freely in the European Union. The iron curtain of the Russian Empire or the Soviet Union destroyed,” – said the head of state.

No less important is the decision on the ratification of the Association Agreement with the EU.

Significant are the continuation of the program of decentralization, according to which the budgets of territorial communities has grown seven times, has increased their powers. People decide for themselves what to do, and it gives you the opportunity to build and open new schools, gardens, hospitals.

“Today’s opening of an office medical emergency (in Odessa region) is a striking example”, – said Poroshenko.

In 2017 launched judicial reform and started a new Supreme Court formed an unprecedented new, transparent principle, stressed by the President. We will remind, the President has submitted to the Verkhovna Rada as urgent a bill on the creation in Ukraine of the Highest anti-corruption court.

The construction and repair of roads

In the course of this year, Ukraine has built and rebuilt more than 300 kilometers of roads.

“I am sure that now the ordeal is over. The government should accelerate the pace of economic growth and the President will make several important initiatives to improve the investment climate,” – said Poroshenko.

He reminded that Ukraine has risen from 153 places in the international rating of ease of Doing business 76.

“This is the biggest progress that showed any country at any time”, – stated the President.

However, Poroshenko expressed the belief that this is not enough and the economy must rise faster to opportunities to implement further reforms.