In the Carpathians, returned the scout, who a year and a half has been a hostage of the militants “DNR” 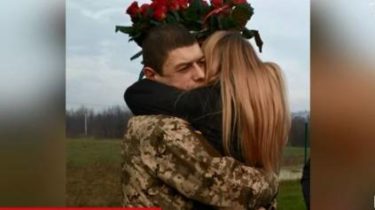 Some of the former captives on the third day after his release from enemy captivity just got home. In Chernivtsi met scout Paul Urbasa, says the story TSN.19:30.

After the examination, in the capital of the young scout arrived in Chernivtsi, he had waited in his native village Sergius, that in the Carpathians. There are no plans for a guy not yet in builds, reporters are not talking. The military said that Paul still has not realized that has already returned. “He and psychological indicators and health too. Well, imagine, once a day were fed. When you depart, offer the treatment at the hospital, will complete a full course. If you need rehabilitation do rehabilitation. Will continue to work with him,” – said the military Commissar of Chernivtsi region Vladimir Shvedok.

Some of the former captives on the third day after his release from enemy captivity still return home. In the summer of 2015 Paul Urbach together with his unit conducted a reconnaissance in force near Mariupol. Paul was captured when he tried to take the body of the murdered brother. After the examination, in the capital of the young scout came to Chernivtsi and right now waiting for him in his native village Sergius, in the Carpathian mountains. 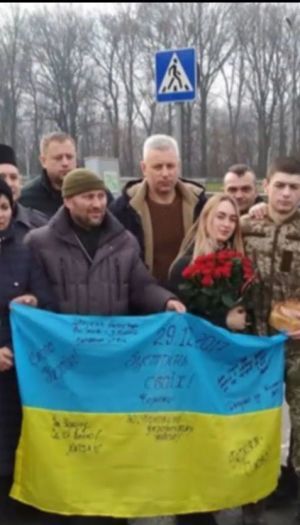 21-year-old soldier had been in prison for terrorists a year and a half. In the summer of 2015, he, along with his unit conducted a reconnaissance in force near Mariupol and was captured when he tried to take the body of the murdered sister.

A day earlier, dozens of residents Yelykhovychi village of Zolochiv district in Lviv region with Ukrainian flags met your hero Valentina Bogdan. Ukrainian soldier-the contract employee for more than a year in captivity of militants of the so-called “LNR” and was released as part of a major operation to exchange the hostages for prisoners in Ukraine as separatists and terrorists.