In the U.S., the shark nearly bit off the hand of the man when he tried to save her 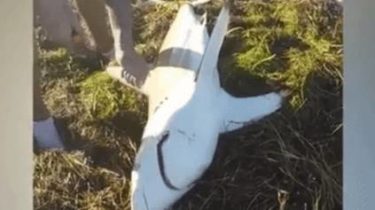 In the US, the man almost lost his hand saving the sharkthat was accidentally caught.

A man caught a shark while fishing in the Florida keys last week, writes Daily Mail. So, he tried to pull the fish hook from the mouth of the animal, and the shark began to move sharply and almost bit off the hand of his Savior.

Also, the newspaper published the video, which is shocking.

After the shark had calmed down, the man was able to pull the fish hook from the mouth of the animal, so he could return her to the ocean.

Earlier, Australian surfers managed to perform an unexpected stunt. Trying to catch a wave, the guy swam directly over the shark. Horrific video was recorded by the lapel camera of a daredevil.

Videostravestis surfer survived an encounter with a shark