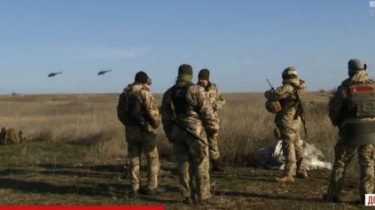 The relative silence of Ukrainian soldiers in the ATO undertook to use for training. There took place large-scale exercises with shooting from a helicopter, according to a story TSN.19:30.

Fly in the area of ATO helicopters is very low, sometimes a few meters from the ground, often along roads, at the last moment, circling all the forest plantations and power lines. After all, the threat of attack DRGs is high. “At each point can be MANPADS, which threatens the safety of the flight. This can be in any settlement,” – said the commander of the crew of Mi-8 Mr Killer.

Army aviation is now used mostly to evacuate the wounded, so for pilots extra time to work out to get – a great joy. 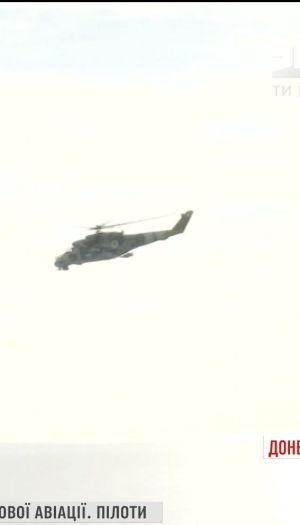 Currently, army aviation does not participate in battle, but vigilant has no right, therefore, and trains. “Made a target the size of a boat, that is a commando unit tries to land on our coast. Obtained from observer information that the detected small targets,” explained the legend of the exercises, the officer Oleg Revelers. Helicopters before the approach of the forces of coastal defense should hold, hit or destroy the enemy boat.

Military tasks are performed persistently and explained that everyone wants to improve their skills. Compete in agility and ground avunculate, which should bring the aircraft to the target. Their error means that the job is done. For lesions using a 30-mm cannon, their helicopters on the move get to the right place. “Most of the tasks performed by army aviation related, of course, with the transport task, with a medical flight evacuation of the wounded, but at any moment the pilots must be ready to perform any task, including using the onboard weapons,” – said the commander of the ATO Michael Zabrodsky.