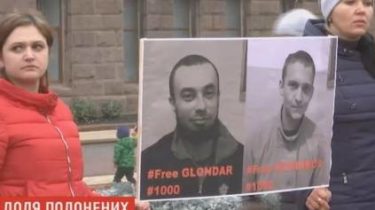 While the whole country rejoiced for the release from captivity in front of screens was crying a few women: joy for the released and simultaneously despair – because among those who traded, it was not their home, says TSN.16.45.

The soldiers of the Third regiment of a special purpose Sergey Pondar and Alexander Korenkov in captivity for almost three years. They were always first in the lists on the exchange.

Anya Ponder in the garden today, a matinee. Two year old girl of SWAT, which the man only saw the TSN refuses sweet gift. She’s still waiting for her hug dearest dad.

“I learned that I was going to Kiev, immediately started to cry. I then as I came she said to me, “mom, what Santa Claus is to us a gift will not be – dad?” Say: “no, daughter,” and she started crying,” says the wife of Sergei.

Their hopes crashed before the exchange. Then the relatives of the three soldiers were summoned to the presidential administration and they reported that their relatives there.

Videosamy prisoners Glendora and Korinkova continue to fight for their release

While the whole country rejoiced for the 74th freed from the captivity of militants of the Ukrainians, in front of screens cried several women at a time of joy for fired and out of desperation, because the environment of those who traded were not their relatives. The soldiers of the third regiment of a special purpose Sergey Pondar and Alexander Korenkov in captivity for almost three years. They were always first in the lists on the exchange. 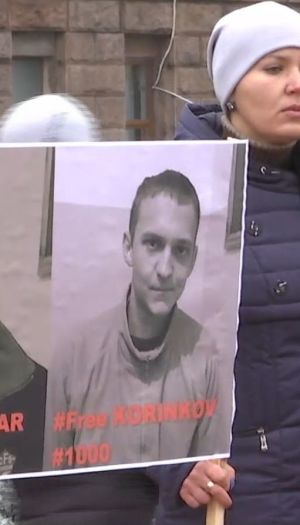 “They were always first in the list, but, alas, the miracle did not happen. Told us that, unfortunately, they do not give. Specific reasons did not call us. Don’t give up…,” adds the woman.

Sergei Pondar and Alexander Korenkov was captured in February 2015 – the commandos were taken out of the column of the Ukrainian army from Debaltsevo and fell into an enemy ambush. Since then, their relatives, volunteers and concerned citizens are fighting tirelessly for the liberation war. In actions in support of the hostages scouts take thousands of people. The news of the return shocked onward.

Ukraine will resume negotiations on held in Russia and ORDO hostages

Sergei Pondar and Alexander Korenkov still in Makiyivka colony. Meanwhile, wife and sister both men say that the hands should not be omitted. I hope the second phase of the exchange, which is already talking high-ranking officials, will be soon.

“It was hard… But I can say one thing that we determined, full of hope. Our President promised us that he will do everything to release military personnel from captivity. He talked about the fact that Ukraine does not throw his time and these are the words of the President, it is his image, and sincerely hope that he will fulfill his promise,” says military wife.

Military released from captivity, being kept in the cells together with Sergei and Alexander Gondarem Korinkova already called their family and said that the guys holding up bravely, and we encourage our women not to despair and wait for the ambulance meeting.