“Christmas tree!”: on Sakhalin burned to the ground, the main tree 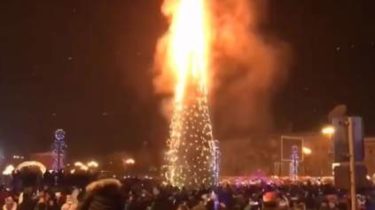 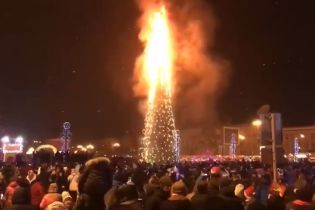 On Sakhalin during a meeting of the New year on the main square of the city to the last needles burned down the main tree, reports “Interfax”.

It is noted that the incident occurred on Lenin square in front of hundreds of residents of the city of Yuzhno-Sakhalinsk.

According to the preliminary version, the cause of fire faux wood has become inadvertently launched fireworks, resulting in a 25-foot Christmas tree burned to the ground.

From people nobody has suffered.

We will remind, the other day a similar incident occurred in Kazakhstan, where light the main Christmas tree of Astana. Broke out the artificial tree in the evening. Rescuers with flame borlis an hour and a half.

Broke out the artificial tree in the evening. The rescuers overcame the flames as much as a half hour. Has done without victims. The cause of the fire establishes the local police, and the government is urgently trying to decide where to look for a new tree. 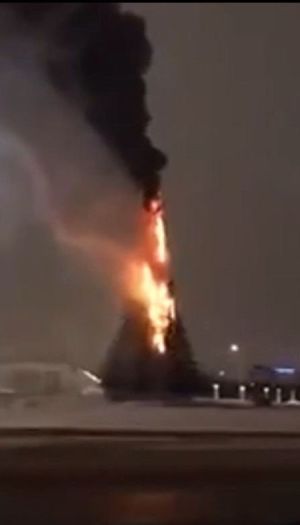