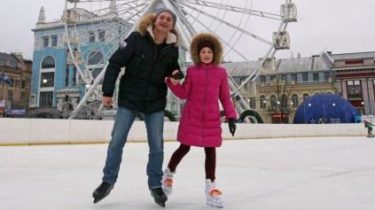 Last year December was the warmest first month of winter in Kiev over the past 136 years of observation.

It is reported by the Central geophysical Observatory named after Boris Sreznevsky.

“According to the observations of the weather station, the monthly average temperature of December in the capital amounted to +1,6°C, which exceeds the climatic norm by 3.9°C. coldest in Kiev on the 11th, when the minimum temperature dropped to -3,8 degrees of frost, and warmer just after 5 days when the maximum temperature reached +9,8°C. In December, was found five temperature records”, – stated in the message.

Precipitation in December fell to 129 mm, which amounted to two and a half monthly norm, and as a result he took the second place among the wettest since 1891, and this year is the first. The maximum height of the snow cover on the nauki Avenue, 37, in the capital on December 19 reached 35 cm, but up to the 27th, it’s already completely gone.

What will be the weather in Ukraine tomorrow, January 3, read on Dnia this link.