“Propaganda and an attempt to divert attention”. The GPU caught rossm on lies about the crash of MH17 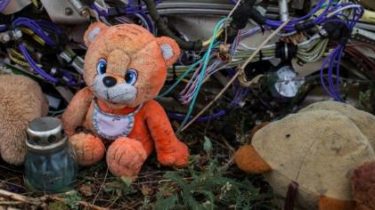 Common Russian media information about the intentions of the International investigation team on 2 January to make public the names of 120 people involved in the crash Malaysian Boeing MH17is not true.

Wrote about this on his page in Facebook the Deputy Prosecutor General of Ukraine Yevhen Yenin.

“Media reports about the alleged intention to publish the names of the mythical 120 people involved in the shooting down of Malaysian Boeing MH17 are untrue and are nothing more than attempts of Russian propaganda to divert attention from the allegations of the Smolensk tragedy,” he said.

ENIN also assured that the government of Ukraine and the Netherlands continue to coordinate efforts to attract perpetrators and States accountable for committing a terrorist act in the skies over the Donbas.

We will note, earlier Russian mass media (the source was the publication “Moskovsky Komsomolets”) released information that today, January 2, Netherlands allegedly going to announce the list involved in the crash over Donetsk region.

Recall, 17 July 2014 in the area of armed conflict in Eastern Ukraine was hit Boeing 777 Malaysia Airlines, carrying out flight MH17 from Amsterdam to Kuala Lumpur. The tragedy occurred in the Eastern Donetsk region near the village of Hrabove, near Torez. All 298 people who were on Board were killed.

13 October 2015, the Security Council of the Netherlands published its report on the crash of passenger liner Boeing 777 “Malaysian airlines”. According to the document, the aircraft was struck by parts of the 9N314M missiles fired from MANPADS “Buck”; it was found that the initial launching point is located on a land area of about 320 square kilometers in Eastern Ukraine.

In January 2016, the relatives of the passengers who died in the accident MH17, urged the Prime Minister of the Netherlands Mark Rutte to lead the global campaign to achieve publication data radar control. Members of 18 families expressed confidence that it will help to establish exactly who shot down the airliner over Ukraine on 17 July 2014.

Later investigation revealed that “Boeing” was shot down by a missile 9M38 series used in anti-aircraft missile complex “Buk”. The plant was delivered from Russia and launched from the territory, which was then controlled by the separatists. Fragments of the rocket series of “Buk” was discovered as the autopsy of the bodies of the crew members, and in one of the window openings of the cockpit.

The international investigation team managed to identify most of the route, which SAM “Buk” went to the territory of Ukraine, as well as the route of its movement in the opposite direction. According to investigators, the complex was moved from Russia into Eastern Ukraine and later deported back to Russia on a white truck Volvo.

Insights of MSG in fact, coincide with the results of the investigation group Bellingcat – expert-journalistic organizations involved in independent investigations from public sources.