The wedding of Prince Harry bring Britain half a billion pounds 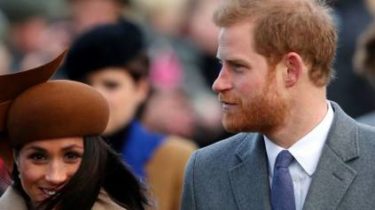 The wedding of Britain’s Prince Harry and Meghan Markle can be very beneficial for the UK. According to preliminary estimates, it will bring the British economy 500 million pounds sterling.

“We think that about £ 200 million will come from tourism, travel, hotels. About 150 million pounds will be spent by people in parties and celebrations. Another 50 million will bring the people who buy t-shirts, hats and other commemorative items,” said the Office for national statistics.

It is noted that 100 million pounds will bring the UK free advertising in the world.

It is known that during the wedding of Prince William and Kate Middleton in April 2011 the number of tourists in the UK increased by 350 thousand people. Therefore, it gives every reason to expect an influx in may this year, when getting married to Harry and Megan.

“It will be a massive influx to the economy, it is very nice to see so many people here who came for the wedding. As well to be a visitor of this wedding,” said Manager Harte and Garter hotel, which is located opposite Windsor castle, where wedding will take place.

We will remind, on may 19, 2018 in Britain, married the fifth heir to the throne, the grandson of Queen Elizabeth, Prince Harry and his bride Meghan Markle.