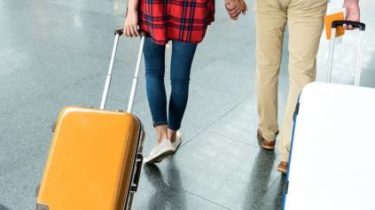 In Ukraine began to operate the new rules of import by physical persons of the goods from abroad. Who exceed the limit will pay an additional fee.

The relevant law on amendments to the Tax code published in “Voice of Ukraine”, reports “Interfax-Ukraine”.

Without duties it is possible to import the goods in hand or checked baggage to the sum of 150 Euro (at the airports – up to 1000 euros) and weighing up to 50 lbs. Such rules are in effect for those who were missing in Ukraine more than 24 hours and stay in Russia not more than once every 72 hours. With more frequent check-without taxes to import goods in the amount of 50 euros.

“The tax base is part of the total invoice value of such goods exceeding the equivalent of 50 euros, including fees payable” – that is the new rule introduced in the Tax code for those who were absent in Ukraine less than 24 hours and enters the country more than once within 72 hours.

Previously tax-free goods worth up to 500 euros and weight to 50 kg could be imported once a day, not being abroad for a minimum of 24 hours, is based on what the business of many so-called “shuttles”.

The Verkhovna Rada has also introduced limits on tax-free shipment of goods to individuals in international mail and Express shipments. However, the norm will come into force on 1 January 2019. Parcels can be a maximum of three per calendar month, costing up to 150 euros each, while starting from the fourth parcel, they will be subject to tax, duty and excise.

This document also provides an exemption from taxes and excise duties of electric vehicles, which are imported from-for borders to Ukraine.