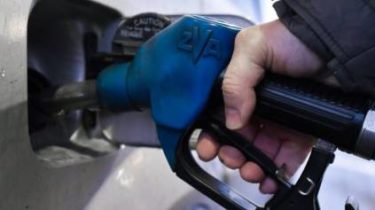 The main reason that gasoline prices in Ukraine povyshaetsya is that the price of oil in the world continues to grow.

At this time, the main driver of growth are the events in Iran – a major oil-producing countries, prices have reached three-year high of $ 68 / bbl, said the Director of consulting group “A-95” Sergey Kuyun in his interview LB.ua.

The economy is in Ukrainian: record-2017 and unfavorable prognosis for the dollar and the price of gasoline

“If you look at the financial performance of Ukrainian networks of filling stations, despite the rise in prices throughout the fall of and Dec, go on a normative level of profitability, many could not. That is, prices rose, but at a slower pace than that dictated by the environment. October-November 2017 (for December data yet), many networks worked to zero or slightly. So the recent rise in prices is also the market reaction, which decided to bring prices into line with economic reality,” said Kuyun.

He added that in relation to currencies the price of gasoline in the first place depends on oil prices that the cost of filling stations is around 45%. The last round of price increases for petroleum products now is heterogeneous, not all networks supported him – the only two networks fuel has risen on the hryvnia, someone by 20-30 kopecks /liter, and anyone who does has not yet reacted to what is happening.

Videots.Week found out the reasons for the increase in the cost of fuel

Recall a few months litre of fuel rose significantly. Currency problems – hit consumers. The weaker the hryvnia, the more money you need to collect in Ukraine to buy fuel abroad. Prices in Europe have also warmed up. Black gold under the name Brent is $ 63 per barrel. This puts pressure on mark gas station and obmenok. Consider it: every ten cents of growth of the exchange rate is eight cents in the price of gasoline. And it happened in the so-called low season, when the refueling must fight for the buyer.