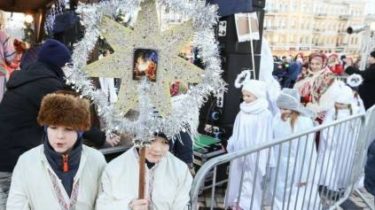 Traditional Christmas caroling with the procession “of Zvezdara” and Nativity scenes in Kiev was held simultaneously at two sites – near Saint Sophia Cathedral and the Museum in Pirogovo.

The age-old tradition. How Christmas was celebrated hundreds of years ago our ancestors

Most of the carols were traditional, but there are also modern variations: “To the car – “Mercedes”, and even Villa in Odessa”.

Christmas stars was also different – from tiny to giant.

Christmas procession with stars and competition of Nativity scenes collected dozens of folk groups. In addition to traditional Christmas carols, sung and modern of VIP like real cars, and even pregnancy test. 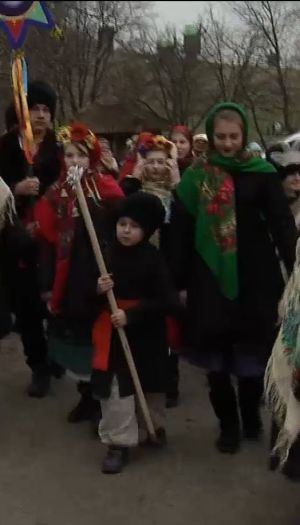 Near the Church at the Pirogov Museum gathered about two dozen choral ensembles from different villages have become wet, beaver. Not stopping to sing kostovinski went to local houses, where they were met by the hosts with refreshments.