Bloody murder at the hem. The victim cut eyebrow and left near the body of a playing card 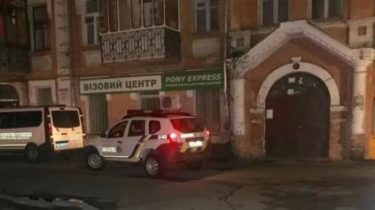 The man who saw the victim’s body a bloody murder at the hem in Kiev, said that the killed were probably killed, says the story TSN.19:30.

The witness did not want to show his face on camera. He said that on the body was a prison tattoo, and the apartment probably played cards.

“There were three or four knife wounds in the leg. Three hits. And eyebrows cut. The boys played cards. Was left some kind of card – separately lying in blood,” said the man.

The police opened criminal proceedings for a premeditated murder. And no one is arrested.

The body of 48-year-old man found at the entrance of one of houses of the capital hem. The first stab wounds he inflicted, probably still in the apartment on the second floor. Police did not disclose: the victim went outside or took it out. It is now known that in the house where the incident occurred, do not live ordinary people. 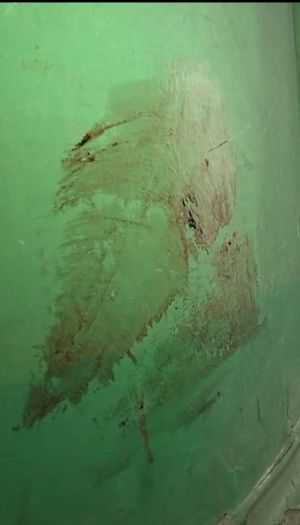 In place are still working, experts, and law enforcement did not disclose details of the investigation. Accordingly, the victim went out into the street or took it out. A trail of blood stretches from apartment No. 4 on the second floor through the entrance right on the street.

The identity of the victim established. This 48-year-old native of Kherson region. His profession is unknown. Why he was in this apartment, also unknown.

It is known that the victim lived in the house on the street Konstantinovskaya, where the murder occurred.

The house is notable for the fact that I live here, not only ordinary people of Kiev, but also a former judge. Perimeter equipped with video cameras. But some people live in apartment number 4 and whom you work, the neighbors and the police do not wish to speak.

Recall that the murder at the hem happened on the night of 7 January. Residents said that the trail leads up to apartment number four where constantly heard loud music and guests were drinking alcohol.