From the Arbat, in the Atlantic ocean: in Moscow started the crazy glitches in the GPS 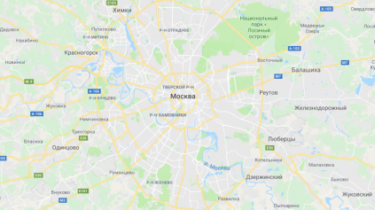 In Moscow there were serious failures in the GPS system, causing drivers and pedestrians in the Russian capital on the map throws on the coast of Africa in the Atlantic ocean.

It is reported vc.ru.

Because of failures to navigate the whereabouts of the inhabitants of Moscow map file defines the Gulf of Guinea in West Africa Nigeria, Benin, côte d’ivoire, Ghana and Togo. Vsledstvie that there are problems with the use of a taxi. The rates for clients can reach several hundred thousand rubles.

GPS again in the morning togos, probably someone somewhere on the way. Teleportation is invented ) pic.twitter.com/TyeUlDlheI

So, for the taxi ride from the Europe square to Sheremetyevo airport the service “Yandex.Taxi” requests 232 924 thousand rubles, although the distance between the points is only 36 kilometers. The company stated that isolated instances of overpricing happen, so employees are now tackling the problem.

Guys, as there is in Moscow a GPS? pic.twitter.com/iuU6AwjCoJ

It is noted that the failures in navigation in the Russian capital happen for the first time. GPS recorded from mid-2016.