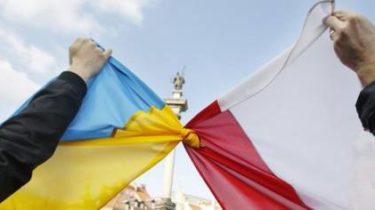 Vice Prime Minister of Ukraine Pavlo Rozenko said that the destruction of Ukrainian monuments in Poland and Polish desecration of monuments in Ukraine involving Russia.

He declared it on air of one of Ukrainian TV channels, reports the Government portal.

In Poland detained a woman who sold Ukrainians into slavery

“Obviously, one day the problem that has arisen, we don’t decide we need a process for understanding and I hope that through dialogue with the Polish Government we will do everything possible to avoid none of us need the aggravation. After all, we understand who this aggravation wants to use, we understand what the destruction of Ukrainian monuments in Poland and the desecration of Polish monuments in Ukraine, involved none other than Russia”, – he said.

According to Rozenko, the meeting of the presidents of Ukraine and Poland, which took place at the end of last year, very clearly shown the desire for understanding and dealing with controversial issues between the two States.

Videomonitoringa mission and historical issues: what was said by the presidents of Ukraine and Poland in Kharkiv

Rozenko also noted that the search process of mutual understanding needs to be as apolitical as possible.

“We need to depoliticize this process, we must separate the internal Polish and Ukrainian domestic processes from the topic of bilateral relations, especially complex issues of history. We should give the opportunity to debate around historical issues, primarily historians, we must not cheat society slogans or criticizing each other,” he said.

As already reported, Ukraine and Poland have agreed onthe establishment of a Ministerial Committeethat will deal with the solution of the historical conflict between the two countries, said the President Poroshenko during the briefing in Kharkiv.